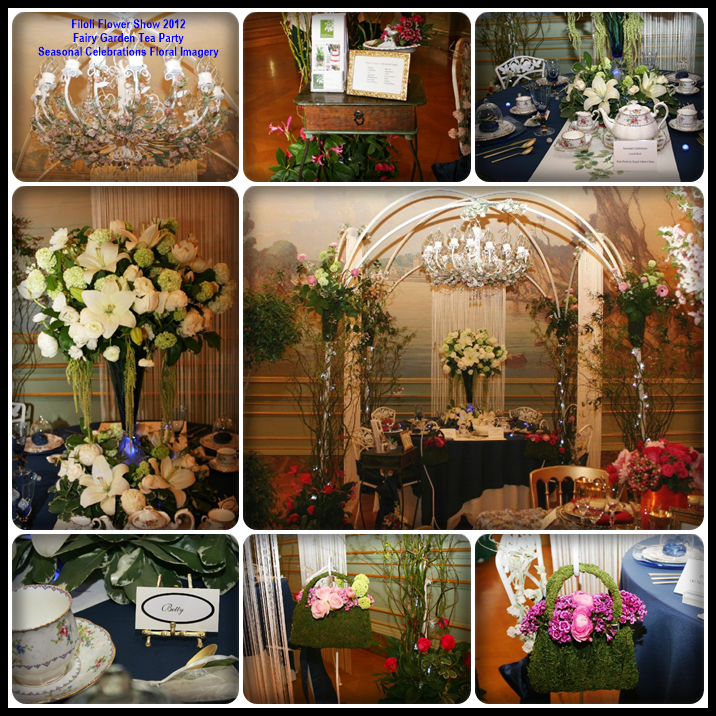 A tea party in a fairy garden was the inspiration behind this display at the Filoli Flower Show. Navy linens, vintage china and blue fairy berry lights created a magical effect.